As I promised in my last post on House Games, I’m back with the most recent edition of our monthly competition between Disco Squad, Squarel and Underworld Pharaohs.

This month, the Underworld Pharaohs had the chance to challenge Disco Squad and Squarel in a risky fight for those 24 points which could make any of the competing teams the leader in our overall scoreboard. 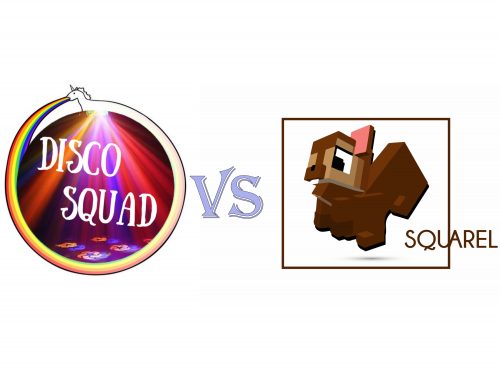 In this edition of House Games, Pharaohs split the action into two major competitions. Each team had 12 points allocated, and the winners would get all 12 points to build their house reputation.

The stakes were high, and we were all motivated to get ahead of the other teams by possibly winning all 24 points.

We soon found out that the first competition was a Charades contest. One member of the team needed to mimic a quite complicated expression to their teammates in under a minute. It evolved into being quite a difficult task for the Squarel team.

In this competition, no one had any clue that Alexandra and I have quite some experience with Charades. Along us was only Lucian, Ana being unavailable for this edition of House Games.

The Squarel and Disco Squad had to send their representatives to mime the given expression one after another, so we had a constant update to the score.

The given expressions were from two domains:

Long, complicated phrases - category inspired from events in the office and day to day situations;

Known songs - category at which you couldn't mimic the singer or a particular dance.

To offer you some examples, in the first round:

I had to mimic the expression: Unexpectedly meeting someone you lent money to sometime in the past;

Alexandra had to mimic: A bride on her wedding day staining her dress with cake.;

Calin had to mimic: Waking up naked in a bus.

In the second round, we had to mimic songs like Lady Marmelade, Numa Numa Song and other Romanian hits.

The mime competition was somehow unfair. DiscoSquad scored eight points for each category. We secured a point for every given phrase and song. Squarel managed to score 3 points after eight attempts.

The result was obvious. After the first competition, DiscoSquad had scored 12 points.

The Creativity and Dexterity of the House Squarel Made an Impression

After the mime competition, Underworld Pharaohs announced that we have to build our tools to play golf. It included confectioning one or more balls and clubs. 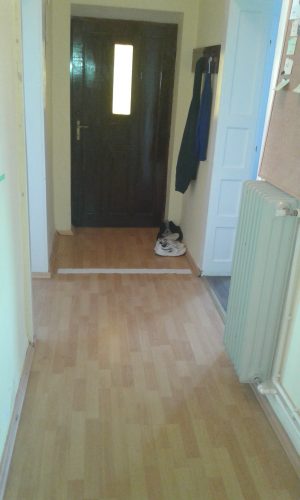 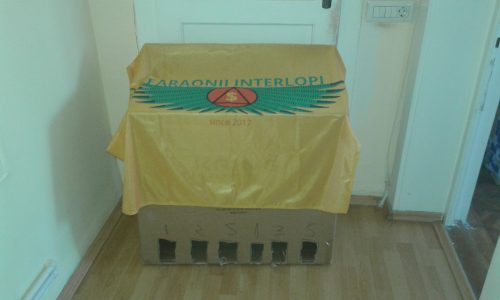 The objective was clear – try to score as many points as possible using our confectioned items.

We had 5 minutes to get our items done, and it was enough. In under 5 minutes, we had our unique items ready to concur the “golf yard”.

Our “golf yard” proved to be the office hallway, having a handmade score board placed on one end of the hallway and us on the other side of it, preparing to score as many points as possible.

Underworld Pharaohs made a risky scoreboard.

We had six possible gates to score the points:

Two of them can offer you unique challenges

Two of them were of 1 point

And the other two were of 2 and 3 points.

We ended up having Squarel team smashing us at this contest. We poorly scored 3 points.

Altogether, it was an exciting House Games edition in which risks and rewards proved to have a significant impact on our competitive spirit.

We had fun. We had emotions and, most importantly, we had a winner.

Even if the score was tight in this edition of House Games, we all decided to consider House Squarel the winner and let them conquer our headquarter due to their performances in the last three editions.

So, team Squarel celebrated its victory and had the privilege to be the first House to unfurl their flag outside the office building.

Can’t wait to see what the next House Games edition has to bring.