Origami and Puzzle at Squirrly Office

As you already know every two weeks, the Squirrly team play some games. This week was the Owlwitch House turn to prepare a game for the team. Cristina, the HeadMaster, found a really interesting idea for the game. She loves origami, so she was thinking that one of the tasks could be to build something from paper. 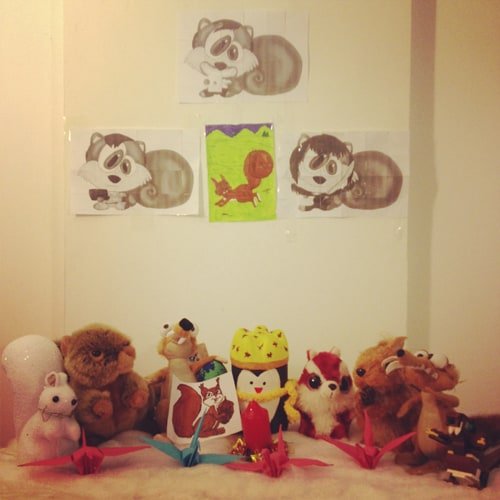 Cristina built some boxes for each of our teammates. In the first day, they had to open their box without ripping it or destroying it. They should try to find out the pattern of the box and then open it. After they found a way to open the box without destroying it, they received a paper with the instructions for building their crane from paper. The first one who finish their crane win this game. Florin, was the first one who finished it, but Calin was the one who really had the best looking crane. 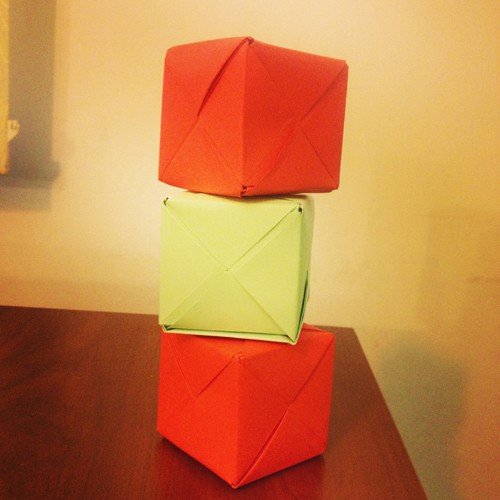 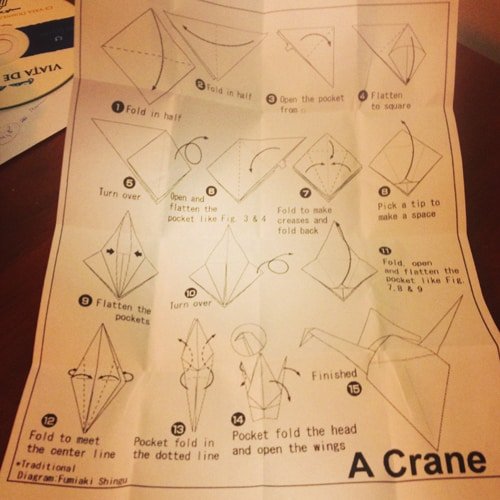 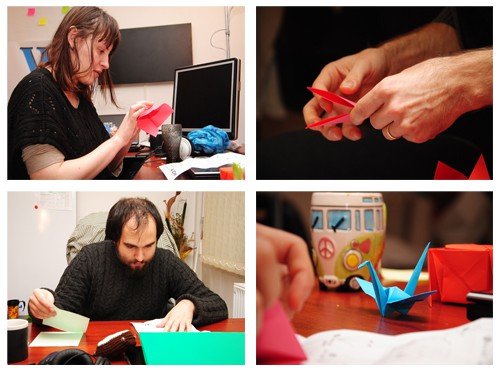 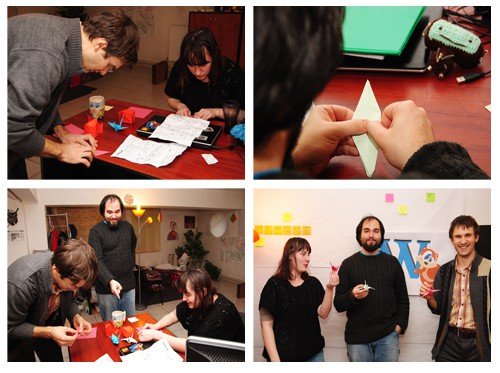 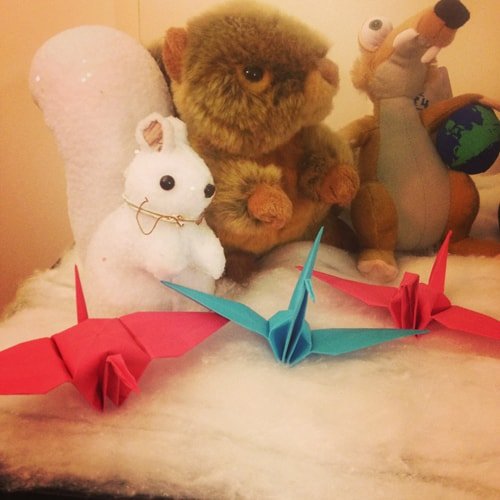 The next day, the teammates, received a small envelope with their first clue about the final part of the game. They received the first two pieces from a puzzle. But it wasn’t just an ordinary puzzle. Each of them had their custom squirrel print it and cut it in many many pieces. Then, on every day, they received some tips where they could find the next puzzle pieces from their puzzle or from the competitor’s puzzle. 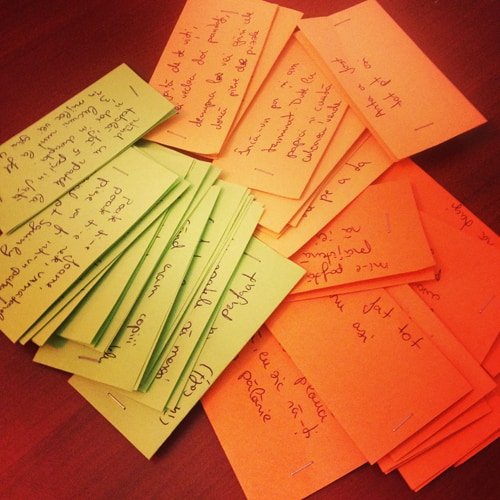 Calin had a clue on the cieling, Florin had one under our Winter Village, like under the snow, Alexandra had a clue into some badge and so on. It was really fun to see them running through the Squirrly Office to find their puzzle pieces. Of course, we had even a very confusing part, when Calin found the puzzle pieces for someone else and he collected those pieces for him. It was really fun to found those pieces that wasn’t for him. But, after a while, we figured out the wrong pieces.

Friday, was the last day when they should have the whole puzzle. 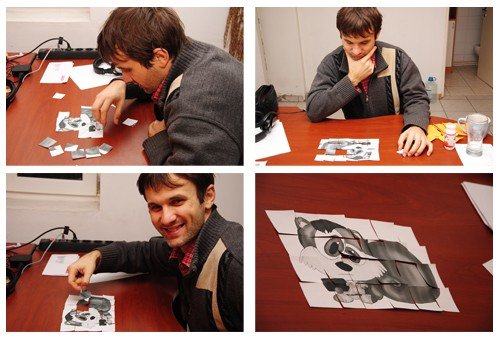 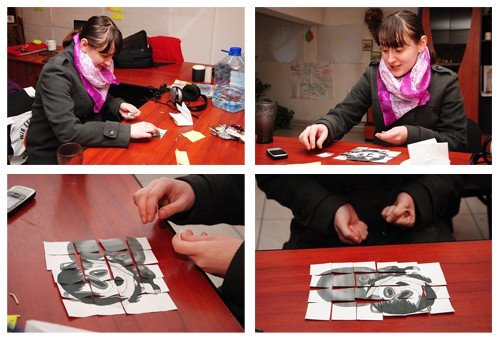 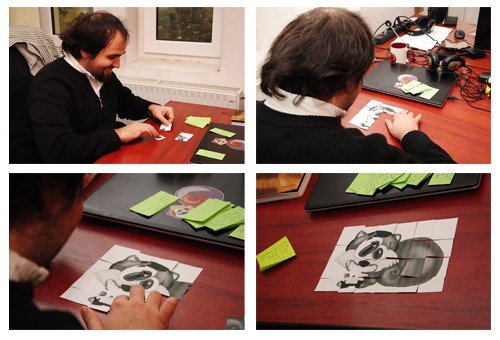 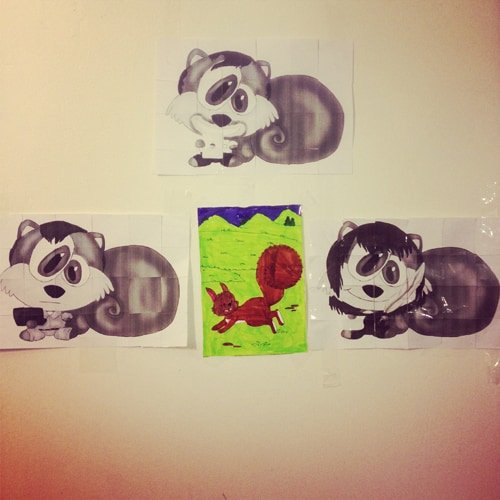 We had 24 points to assign:

1 point for opening the box without distroying it/team

2 points for making the crane from paper/team

1 point for the most realistic crane/team

5 points for finding all the puzzle pieces/team

2 points for building the puzzle/team 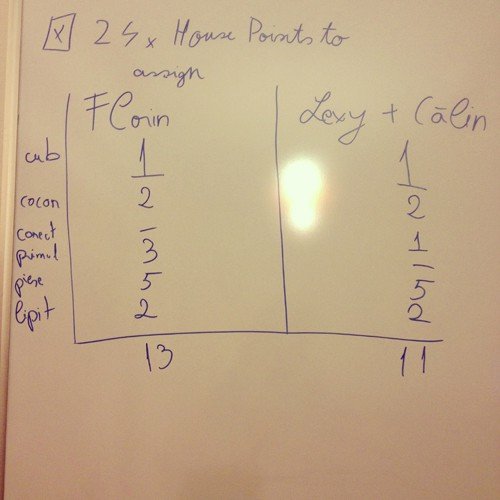 1 point for opening the box without distroying it

2 points for making the crane from paper

3 points for the first one who make his/her crane

5 points for finding all the puzzle pieces

2 points for building the puzzle

1 point for opening the box without distroying it

2 points for making the crane from paper

1 point for the most realistic crane

5 points for finding all the puzzle pieces

2 points for building the puzzle

Squirrly’s Prizes and The Winner: 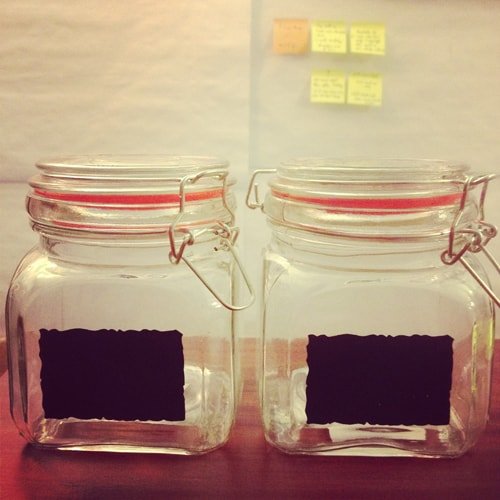 And the winner is… (beat drums)…  Florin, the Evergreen Team. Congratulations! Here is your prize, 2 amazing jars for everything you want (but we hope you will use it for tea and sugar).

Next time, Florin will be the Game Master for Squirrly Team. We can’t wait to see what game is waiting for us.