Squirrels And Pokemon In The Same Room

This week, the Spitfire team was the GameMaster. They came to us with a very old and very famous game: Pokemon Master Trainer. I hope that most of you already heard about the famous cartoon with Ash and Pikachu. I don’t think there could be someone who could not remember Pikachu.

So, we start our week with…

Pokemon gotta catch them all! 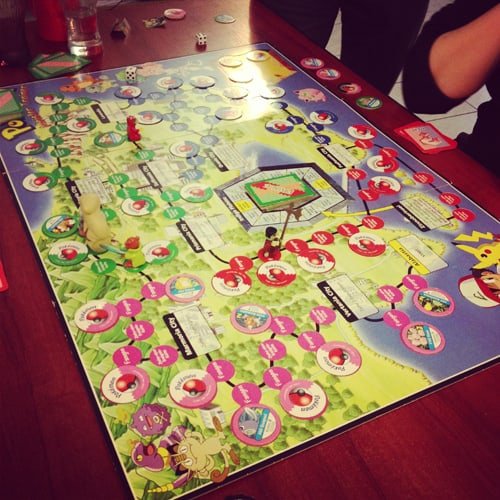 Alexandra has this game and she wanted to play together at the office. On first day, we had to choose our pokemon from: water, fire, earth, fairy and electric and normal. I choose a water one, Cristina a fire one and Florin an earth one. Next day, we had some very very secret hints about our poket monsters. I had a note about a column and it took me almost an hour till I noticed the column. Same to Florin, he spent even more time searching for note from Dr. Oak and some clue about a Friday show (I guess..) Eventually, we were managed to find all our clues, but it was a really hard day to find your clues.

Finally, it came the day to play the game. I had Squirtle, Cristina had Charmander and Florin had Bulbasaur. Even Alexandra and Călin had their pokemons. So, Călin had Pikachu and Alexandra had Meowth.

Because we didn’t have the Ash figures from the orginal game, we choose our little squirrels for that. It was really funny to see many squirrels and a lego figure playing the game. 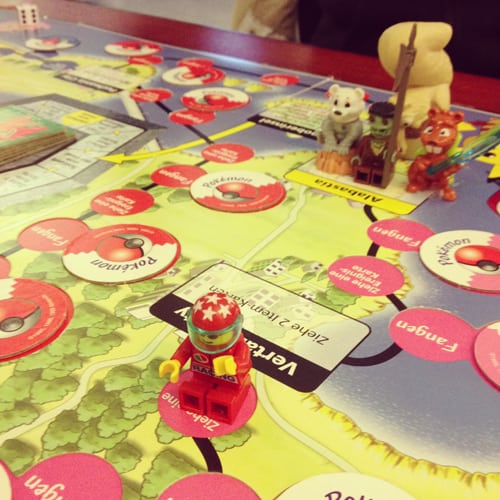 The main idea of the game is that we have to take an event or to try to catch the pokemon which was on your spot. To catch it you have to roll a dice and to see if you have one of the numbers from the pocket monster card. As deep as you go into games, the pocket monsters are harder to get. 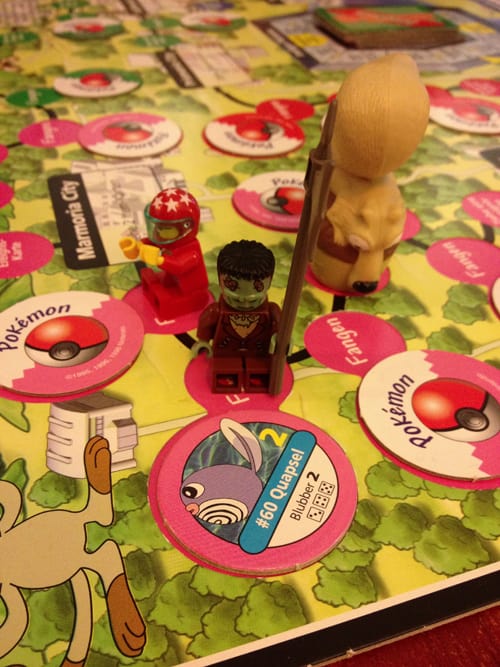 When you get 20 points with your pokemons, you can enter in the final battle. I was the first one who enter in this battle and of course, I wasn’t ready for a such big battle and I lost. The good part to this game is that even you were lost in the battle you can still lay the game. If you still have 20 points you can try your chance again, or you can go to try to catch stronger pokemons. Eventually, Florin has the lucky one who successfully beat the opponent and be declare the Winner of The Game. 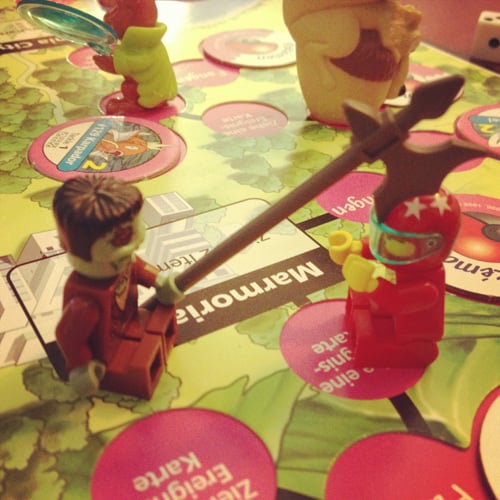 So, Evergreen win 14 points, and Owlwitch 10 points. But don’t worry, we will catch them from behind. Muahahaha..