Our Evergreen Knight sword fighting with The Owlwitch

And the Evergreen Knight said : ” Have fun. Be creative. Be inspiring. ”

It’s one of the things that we remind ourself each day here at Squirrly. But as always Florin, our CEO, decided to take it a bit further this year. As you may know, from what Andreea wrote, as our New Year Resolution we decide to make 2014 awesome.

We came up with a plan of playing games every other week. We are part of three different Houses, Evergreen (Florin) , Owlwitch (Andreea & Cristina) and Spitfire (Calin and I) . This week it was Spitfires week to organise the games and you will hear all about it in future articles. But this morning started up quite fun. 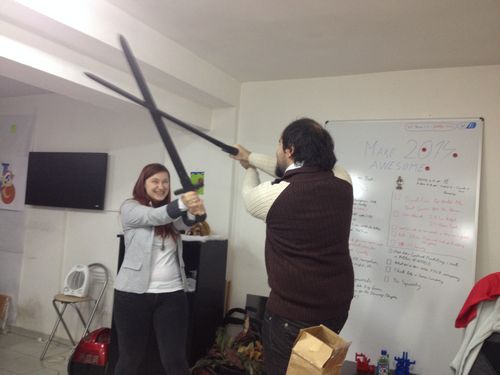 At the break of dawn

Our Evergreen Knight came in with a big brown box and the Red-haired Owlwitch eyes sparkled. Her wit told her what was in the package and she could not wait. She took his box and opened it. From the mist of the brown box, she brought out a black sword. It was made of Cold Steel Taiwan (a.k.a. the densest plastic material). 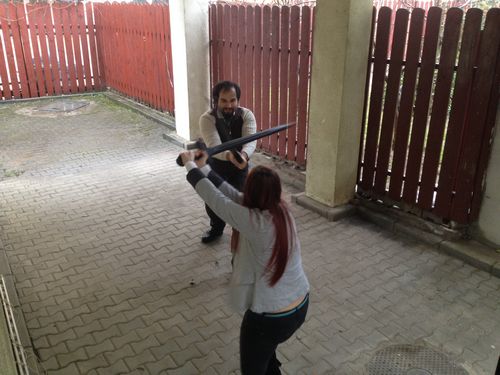 But the Evergreen Knight was not surprised he brought out of the case the Sister sword. Identical in length, weight and material. The legend says that the Two Sister Swords were made to be always in conflict. They over take the will of the ones that hold them and start crushing one against the other. The only way to break their spell is with true, pure love.

The second the Knight touched the grip, its power over took him, and the fight started. They took it out of the castle, into the inner courtyard. The stone was wet cause of the heavy rain, but that did not stop the Owlwitch to attack.

The clamping of the two swords could be heart in the whole castle. As the fight went on. At one point the Evergreen Knight attached lower, hitting the hand holding the sword of the Owlwitch. But she did not get disarmed. The knights sword hit the love ring that the witch wore. That was the ring that the Knight gave to the Red-haired witch to make her his betrothed.

The hit damaged but did not destroy the ring. And their love , broke the spell of the Sister swords and stopped the fight. The legend was proven again, that true pure love is stronger than any hex.

And so the tale ends

In the end, the two swords were packed back together to be easier for transport. As for the wounds, Andreea has a bad scrape on one finger and the ring is no longer round. And Florin, our Evergreen Knight, got back to work to lead his men to better times.

Have fun. Be creative. Be inspiring. Well they were certainly inspiring for me. 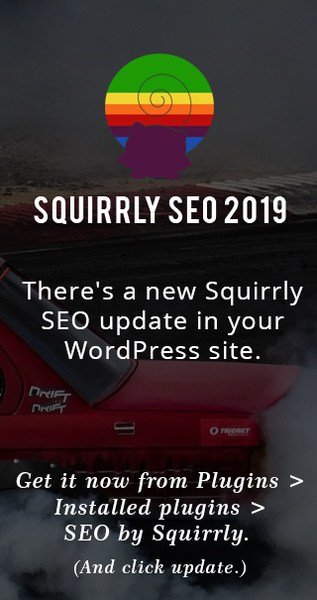