At Squirrly, we’re making October all about Steve Jobs – one of my personal favorite entrepreneurs of all time and the main inspiration behind Squirrly Steve 2018. You can watch a recording of the LIVE launch event HERE. 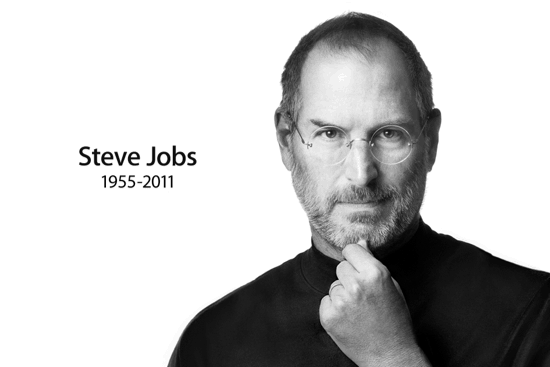 He’s been named a master of innovation, a design perfectionist, and a marketing genius. And here are Steve Jobs 10 rules for success that can inspire you to channel your inner greatness.

Just a heads up before we dive right in. This post is going to become very inspiring pretty fast, so buckle up, because by the end of it you’ll want to move mountains (and actually feel ready for it).

Be Unapologetically Ambitious about Your Passion.

Steve’s obsession for living his passion against all odds and his drive to inspire others to do the same has led him to some of the most significant breakthroughs in his career.

“Apple is not about making boxes for people to get their jobs done, although we do that well. Apple is about something more. Its core value is that we believe that people with passion can change the world for the better.”

Jobs famously said this during a vital staff meeting held at Apple headquarters in 1997. Steve Jobs had returned to the company after a 12-year absence and was pointing out that passion would play an essential role in revitalizing the company. Let’s not forget that they were struggling at that time. 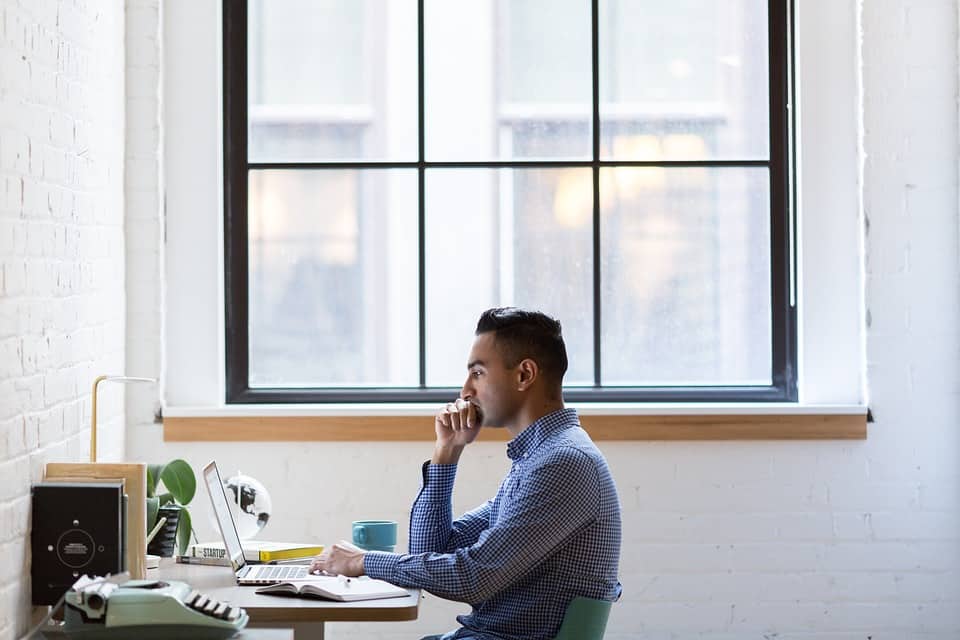 You don’t have to work for Apple to apply the principle of what Jobs said during that iconic meeting.

Find what you love most, because that is what you’ll do best. You’ll know when you find it and when that happens, be ready to fight for it and make sacrifices.

If you don’t truly love what you do, you’ll most likely not be able to do it over a sustained period. As an entrepreneur, your path to success is going to be paved with complex challenges and setbacks, and you’ll want to give up – badly.

When that happens, the one thing that will fuel your ambition and keep you going will be your passion.

You have to be genuinely passionate about your ideas and your mission- or else no one will either. And you’ll find it extremely difficult to get others to believe in something you don’t honestly care about.

Don't Do It (Just) for The Money

Those who knew Jobs well knew him as an idealist. It may come as hard to believe, considering he had a net worth of over $8 billion in 2010, but one of Steve Jobs 10 rules for success was that money shouldn’t come first on your priority list.

Having money is lovely because it enables you to invest in ideas that don’t make a profit right away. For Jobs, it was never about the money. For him, the most important thing was always his company, the people who were a part of it, and the products they put on the market.

It was this vision of doing business that allowed him to focus his energy on creating the best products that would enable people to live a better life. And money followed. A lot of it.

One of Steve Jobs 10 rules for success is all about the importance of not living your life like you think you’re going to live forever.

In the video below, a bearded, buttoned-up Steve Jobs shares a bit of his unique vision of the world:

So what can you take from this?

Don’t allow other people’s perception define what you can achieve. It shrinks your spectrum of acknowledged opportunity.

Less formally speaking, do your own thing; don’t compromise. Don’t be afraid to shake things up and build your own version of what you think something should be like.

Once you manage to shake off this belief that “life is there and you’re just going to live in it,” you’ll come to realize that the field of opportunity is so much broader than you’ve ever anticipated. You’ll learn that everything can change and everything can be improved.

And once you do that, you’ll want to put your mark and make an actual difference for the better.

Be Grateful to Others for What They Contribute, but Don't Do It for Validation.

Steve Jobs’s personality was fundamental to his way of doing business. He poured his intense passion and devotion into every project he got involved in. He always had a clear vision of what his products should be, and he certainly wasn’t one to compromise often.

Innovation stems from originality and following your inner voice.  As Jobs said:

“Your time is limited, so don’t waste it living someone else’s life. Don’t let the noise of others’ opinions drown out your own inner voice.”

Now, let’s be clear about something. This doesn’t mean you should never take advice from others. In fact, it’s healthy to acknowledge others’ opinions. But remember that there will always be people out there who will try to wear you down by criticizing your ambition.

They’ll do their best to sabotage your efforts. Take Jobs’s advice and remember that your goal is not to please anyone. If you’re set on impressing someone, you’re just sending yourself down a path of endless confusion. 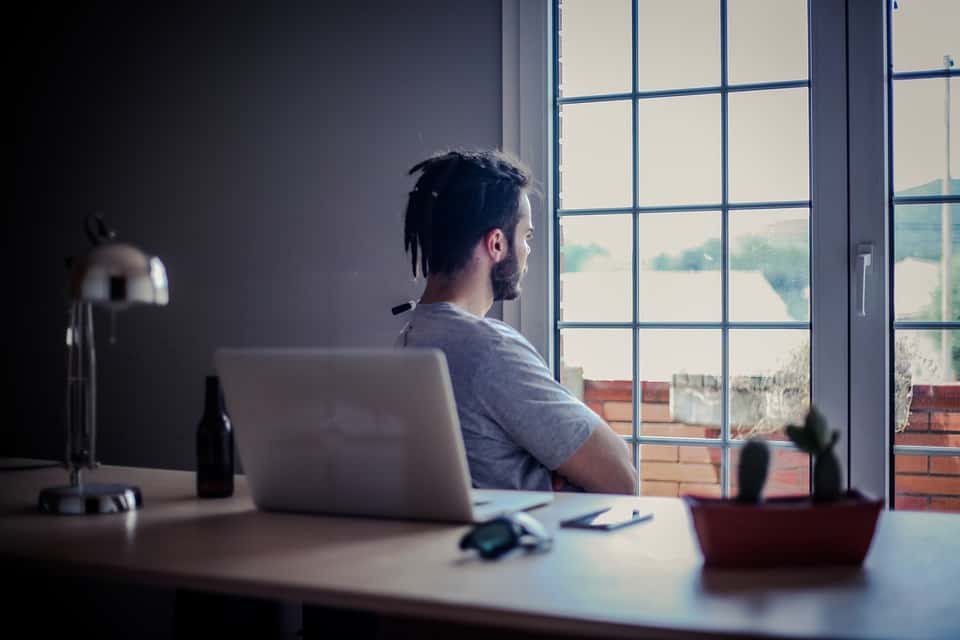 Ditch Your Ego Completely at Least Once Each Day.

Getting fired from your own company would pretty much be the equivalent of disaster for most entrepreneurs and business owners out there.

Steve Jobs was the leader of Apple for thirty years, but he once said in an interview that getting fired from Apple was one of the best things that have ever happened to him.

That’s because it allowed him to free himself of the ‘heaviness of success’ and approach things with a fresh, beginner-like mindset. When you stop to think about this, it makes sense.

Once you start gaining success in your business and in life, your inflated ego is likely to start distracting you from what truly matters, and that is moving forward.

There’s such a thing as unhealthy overconfidence. It implies putting yourself, as a leader, before everything and everyone else.

No matter how smart and successful you are, it’s important to seek new ideas and get a fresh, outside opinion from time to time. There will always be aspects of your business that other people will be better at, than you.

A great leader works together with their team and always seeks new opportunities to be a learner again.

I don’t know about you, but if I were to make a list of all the mistakes I’ve made working on different projects and campaigns, it would be longer than the menu at the Cheesecake Factory.

As Steve Jobs said, sometimes when you’re trying to innovate something, you fail and get everything wrong.

Even so, many entrepreneurs often go into a new project with the ‘failure is not an option’ mindset. In reality, though, failure is always an option. Successful entrepreneurs know when to stop, recalibrate their ideas and pivot.

Getting wrapped up in trying to make your idea successful no matter what is a waste of time and energy – and an endless source of frustration. On the other hand, accepting you’re wrong allows you to move forward and get on with working on other innovations.

Which one of the two does it seem like the better approach to you? 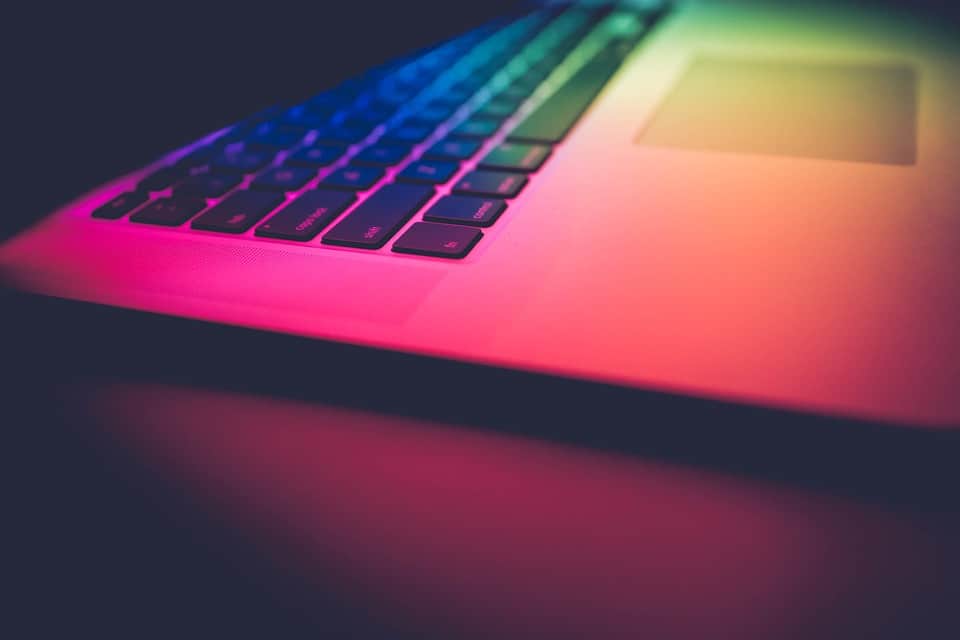 Be A Yardstick of Quality.

Steve Jobs was a known perfectionist and an unconventional leader in many different ways. But he was also one of the most successful and more respected leaders of all time. So how did he manage to do it?

By using his own perfectionism as the standard and building an environment where excellence was expected. One of the things Jobs never compromised on was the quality and skill level of the people he employed.

In fact, Steve Jobs managed ALL of the hirings for his team and personally interviewed more than 5,000 candidates during his extensive career.

This is how he managed to put together an army of geniuses who helped build Apple into one of the best companies in the world.

Success is not the only reason why you should always strive for excellence and set a good example (although it’s a compelling one).

You should also do it for your own mental comfort and fulfillment.  It was also Steve Jobs who said this: “Do what you believe is great work. It’s the only way to be truly satisfied. ”

Don't Minimize the Value of a Great Team

But, as he said it countless times, he didn’t do it alone. Great things are never done by one person.

One of the things that made Steve Jobs so highly-successful was his ability to gather brilliant people around him and create an environment which allowed them to develop and pushed them to be their best.

So how do you do the same and build an ‘A-team’ even if you don’t have Apple’s budget? Start by applying these three tips: 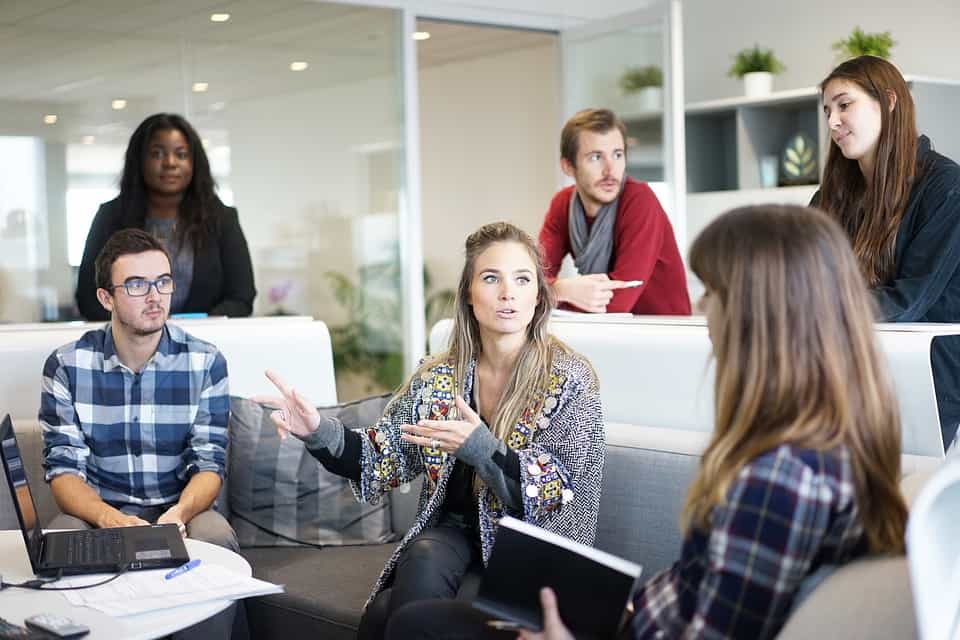 Steve Jobs’s relentless customer-centric approach was one of the main reasons we chose to call the latest version of Squirrly, Steve.

When he first came up with the concept for the Apple Stores, his goal was to provide a space that would enrich the lives of customers and provide real value, that went beyond just selling them products.

The Apple stores were meant as a physical embodiment of the Apple vision. They focused more on the experiences customers would have inside the store and less on pushing products and making sales.

The result? The new concept made customers feel like they can build a genuine connection with the Apple brand and that translated into more sales and increased loyalty.

This is just one example that showcases Apple’s customer-centric approach. There are countless more that can inspire you to think of your products and services differently.

Steve Jobs understood early on that the success of his company and products rely on how well he understands his customers. And if you look how Jobs marketed Apple’s products, you’ll see that it revolved around how the products would help customers reach their dreams and goals faster.

That’s the genius of it.

Sell Products You're Proud of

Would you recommend your services or products to your family and friends? If not, then maybe it’s time to go back to the drawing board.

Steve Jobs was always an advocate for quality and has repeatedly said that Apple wouldn’t ship products that they wouldn’t be proud to recommend to their loved ones.

Relentlessly focus on the customer, exceed their expectations, invest in creating the best products – and you’ll have a better chance of achieving something more significant than merely making a sale.

You’ll have a chance of winning a customer for life. 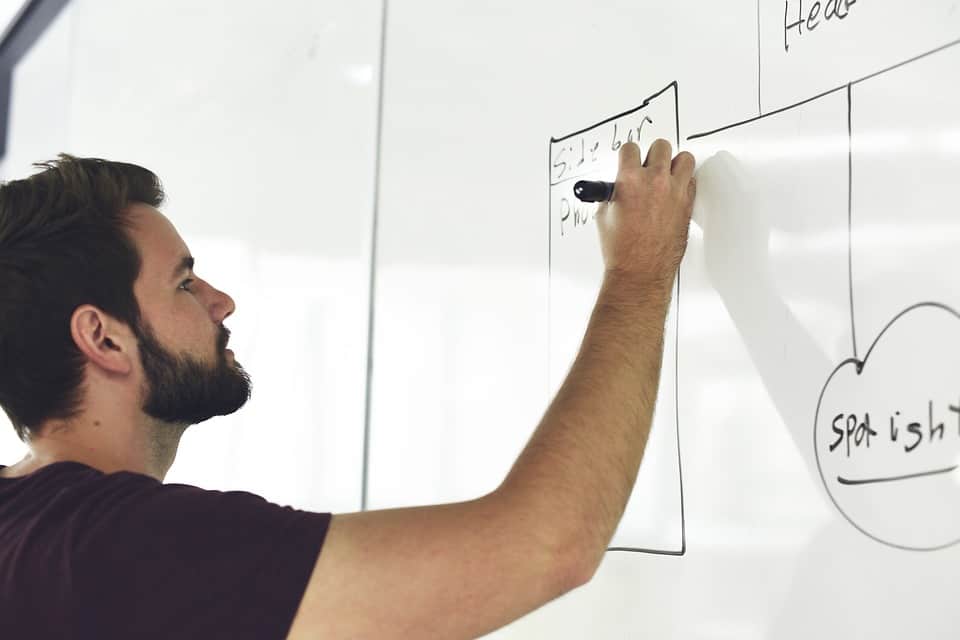 Which Ones of Steve Jobs 10 Rules for Success Will You Apply?

Jobs was more than just a savvy entrepreneur and businessman. He was a visionary. His success was tremendous, and everyone wants to know his secrets and possibly follow in his footsteps.

As you’ve seen from this article, Steve Jobs relied on a particular set of practices that were key to his vision and the way he ran his business.

I hope this article was an enjoyable read and that it has inspired you to ‘Dream Bigger’ and ‘Think Different’. It sure has made things a lot more interesting for us here at Squirrly when building the latest version of Squirrly SEO called Steve.

But there’s no point in wasting ink. You can find out the story behind Squirrly Steve by watching our YouTube Launch Event which turned out really great.