House Games – Dancers Have It All

This article showcases one of the best company culture practices at Squirrly. Namely, our monthly competition between Houses.

From now on, I will keep you posted on the latest news regarding the House Games, with a monthly piece for every House Game edition at Squirrly.

As you might already know, we are organized into three houses competing once a month to build our house reputation and win great prizes.

The rules of the competition have mainly remained the same and they were explained by Andreea, you can check her article to find out more.

The houses this year are as follows:

To get you all started, let’s find out more about each house. 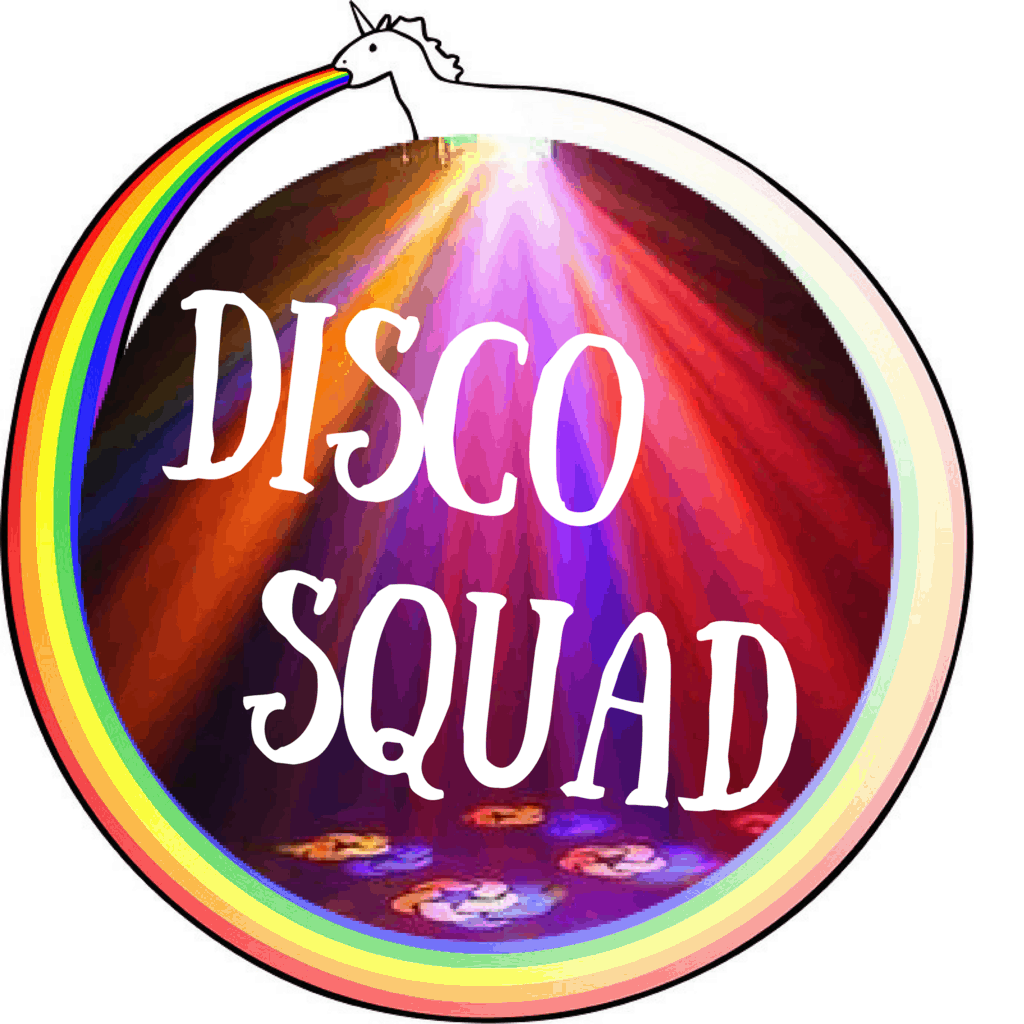 Disco Squad is built up around the energy of staying fresh and always play it till the end.

They are the team members:

Together, we are a nicely rounded team.

Squarel might be defined by their analytical minds and effortless understanding of every new circumstance, making them the most adaptable team.

The House members are: 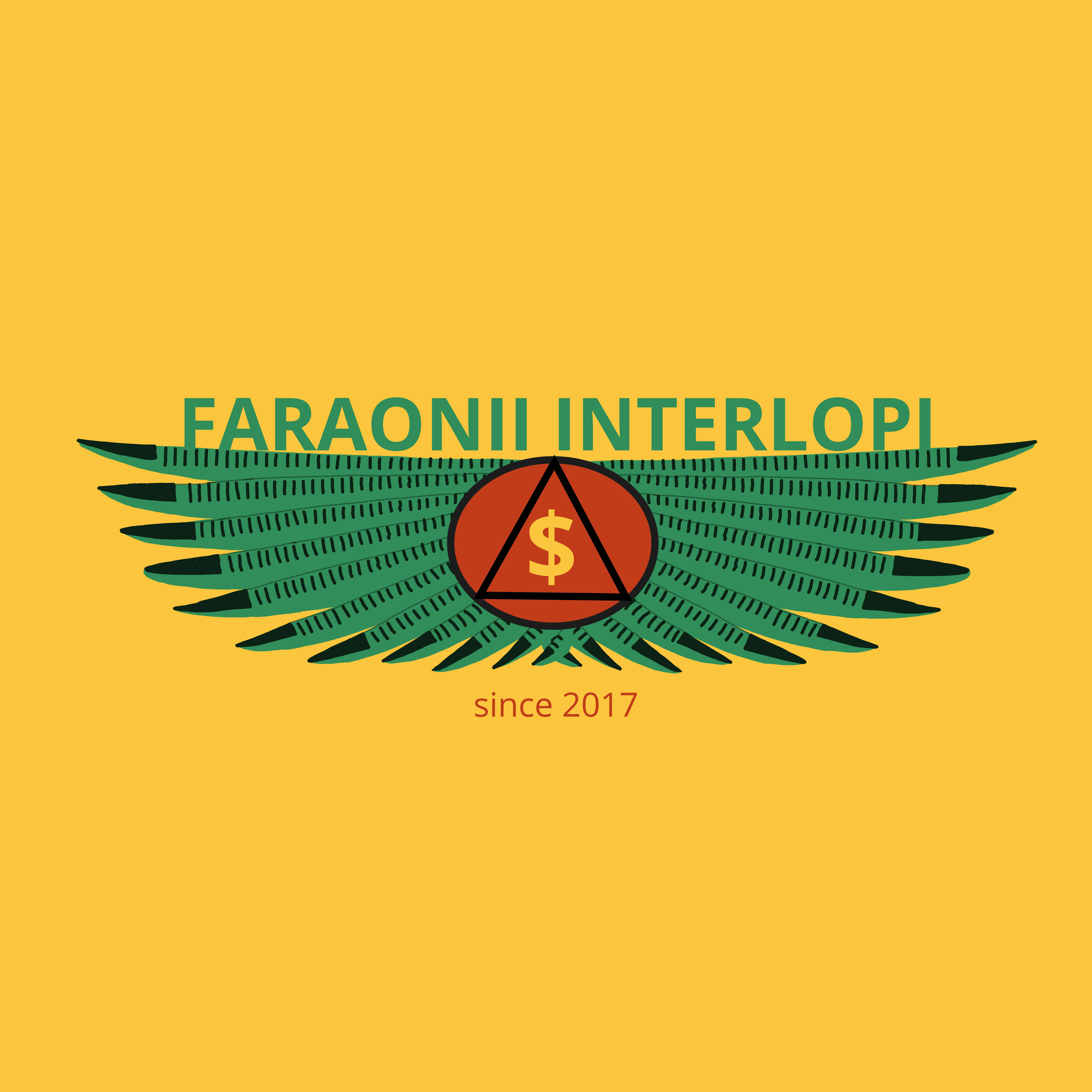 The Underworld Pharaohs are defined as being a team full of energy and ingenious flair. Imagination helps them solve situations easily and they never run out of solutions.

The team has the following members:

This Edition of The House Games – Dancers Have It All

The May edition of the House Games was organized and held by our House, Disco Squad.

Lately, our company’s focus was on projects that build and promote quality products helping you all become better marketers.

At Disco Squad, we were in tune with this need, so we thought of empowering our fellow Squirrlians by sharing our energy with them. More exactly, we decided that for this edition of the House Games we’d challenge the others to a Just Dance competition. 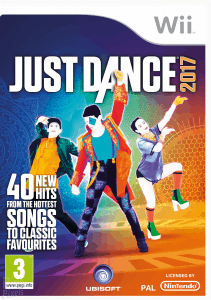 We prepared for this event by getting all the necessary technology to our headquarters and by setting the rules.

The games had two major parts:

All the competitions were held with the help of a Wii console borrowed from one of our colleagues. (Thank you, Călin!)

So, we played Just Dance 2017 and let me tell you something: it was sensational!

I Can Dance Tournament!

The tournament had several turns on the dance floor. Each member of each team had to face off in a 1-1 competition with a player from the opposing team.

We had a ‘best out of 3’ first round. Each competitor had to face their opponent at least twice on the dance floor before they could pass into the second round.

Then, the winners would face the opposing team in one last dance until the winner of the competition would be determined.

The teams were rewarded depending on each team member’s performance.

And The Tournament Begins

In the opening round wherein each had to face their opponent, every battle was intense and full of motion. 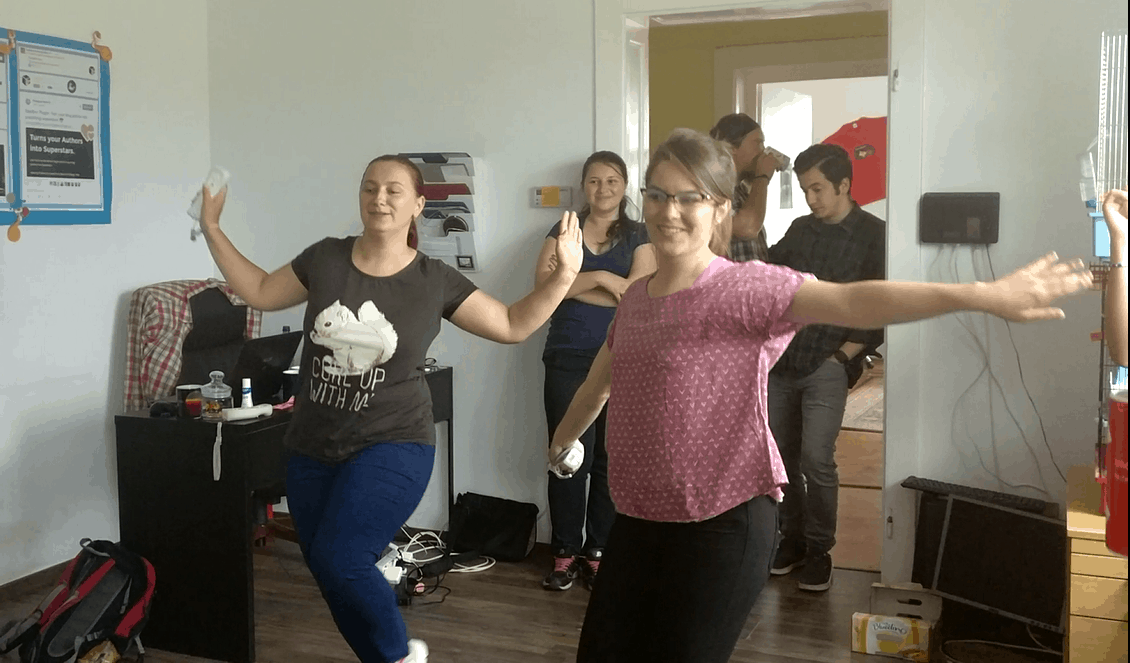 In the first ‘best out of 3’ battle, Andreea faced Ioana in an intense showdown. After scoring a fast point, Andreea lost the second round to Ioana. We all though Ioana just needed a little time to get her dancing shoes on.

Unfortunately for The Underworld Pharaohs, Andreea quickly recovered and scored the match point in the debut battle, securing the first spot for Squarel in the next stage. 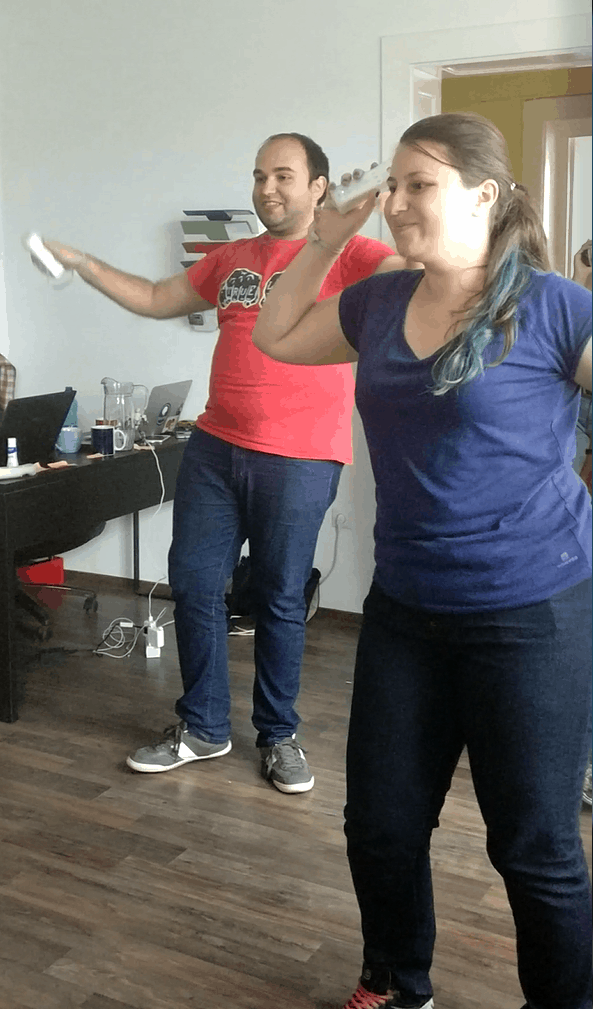 The second game was between Cristina and Florin. This game is a testament to why the score does not reflect the whole reality. Cristina won with two great performances but only in slim margins. Both needed time to adjust to the pacing style but in the end, they had a great time and delivered some smashing moves.

In the third game, Sorel faced Irina. For those two fast rounds, Irina scored two points making dancing look like the easiest thing in the world. Let’s not forget Sorel. His effort and moves were worthy of the next stage of the competition. Unfortunately for him, Irina just nailed it.

In the fourth and final match of this stage of the tournament, it was all about Călin vs Adrian. The competition between them rose to the intensity of the battle between girls in the first match. Călin won the first dance, Adrian came back by winning the second. In the third battle, however, Călin impressed us with a fluid and consistent performance securing him the place in the next stage of the tournament.

In the first round, Squarel and The Underworld Pharaohs went toe to toe by both winning 2 out of the 4 pairs of battles.

The participants in the second part of the tournament were as follows:

Every house had two representatives at this stage of the competition. The matching system paired Andreea vs Cristina and Irina vs Călin.

Squarel vs The Underworld Pharaohs

Because at this stage of the tournament every round could represent the elimination for that team, every move they made counted.

So every single participant did his best. They all wanted to have it all. 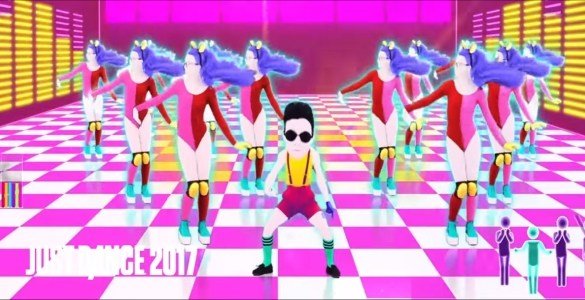 Squarel successfully found their moves and suppressed their competitors by getting two wins. Squarel got the first two spots in the tournament throughout Andreea and Călin’s performances, making their team the winner.

They decided not to go further with the battle, as they were too tired.

We May Not Have It All on Our Own, but Together We Succeed

Even if the tournament required great personal performances, it wasn’t all about that. If a team could find their tempo and collaborate through new challenges, they would succeed in the end.

So we had 3 members of each team collaborate and try to deliver a great performance on one of our favorite pop-culture songs: Dragostea din Tei by Ozone.

It was great! Each team had awesome performances and filled the room with good vibes.

We always have fun at the House Games. But the games also give us the chance to know our workmates in different contexts from working hours. This helps us understand, respect and appreciate them as individuals, not just as colleagues. 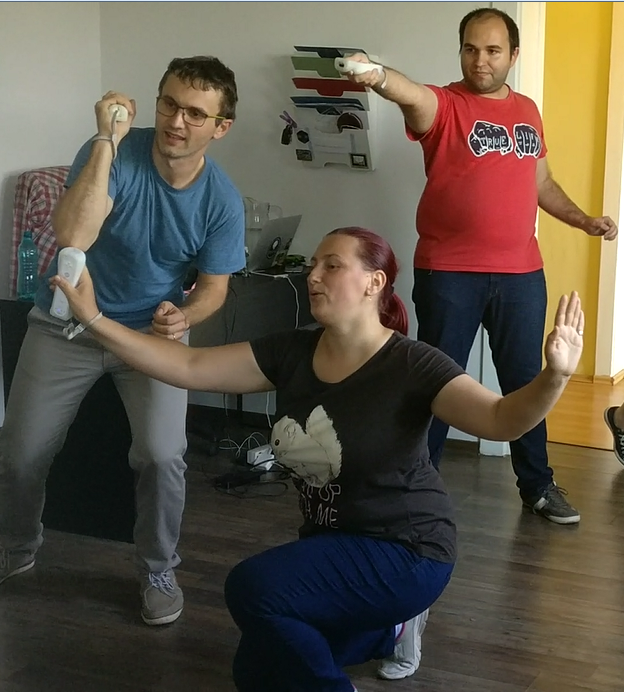 The second stage of the House Games went clearly in favor of Squarel. They had a great performance overall.  Andreea, Florin and Călin clearly showed up on the floor to win.

The final standings represent the evolutions of the teams overall. Squarel marked 18 points out of 24, which means The Underworld Pharaohs got only 6 points in this edition of House Games. 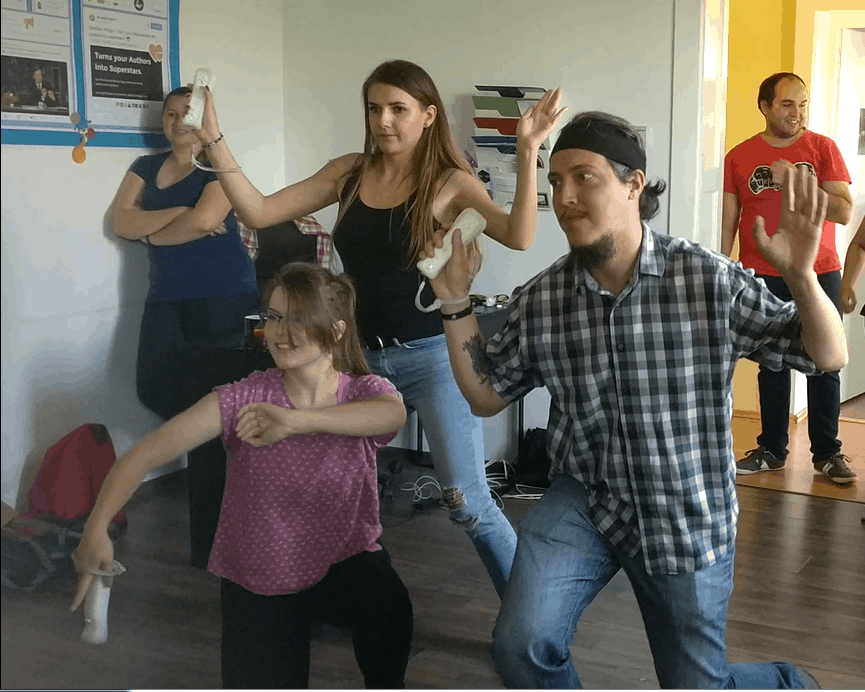 That’s all, folks! Hope you had an enjoyable read and maybe felt inspired to bond with your workmates over this kind of fun – sometimes even silly 🙂 – activities.

Oh, and by the way! We’d all love to get to know about your own teambuilding efforts. So feel free to share any crazy, inspirational or groovy stuff you’re doing for fun alongside your work buddies. Can’t wait for your comments!